At the core of I Grow Younger is the belief that personal growth is surprisingly easy:

1) Remember we change all the time, just not always for the better. There is rarely much internal resistance to developing bad habits or becoming addicted (to substances, experiences, or people). Just remember positive change is just as exciting as all this shit and steer your life’s direction toward what will make this kind of change happen.

2) We are able to know how and when growth usually happens. Your natural levels of resistance to change (inertia) are what made your billions of predecessors survive against all odds so you can exist today. We evolved in a world in which frequent experimenting meant a very likely death or at least getting into enough trouble that you won’t be passing your genes on. Accept this as an evolutionary relic and don’t dwell on your failures, instead focus on what you can do. Evolution also gave you the gifts of awareness and (uniquely to humans) prediction. Using this you can not only sense when your resistance to change is low and not waste a moment, but you can predict how your resistance levels will change in the future and consciously direct your life to situations favorable to a positive change.

Work on both Motivation and Resistance and it becomes exponentially easier. 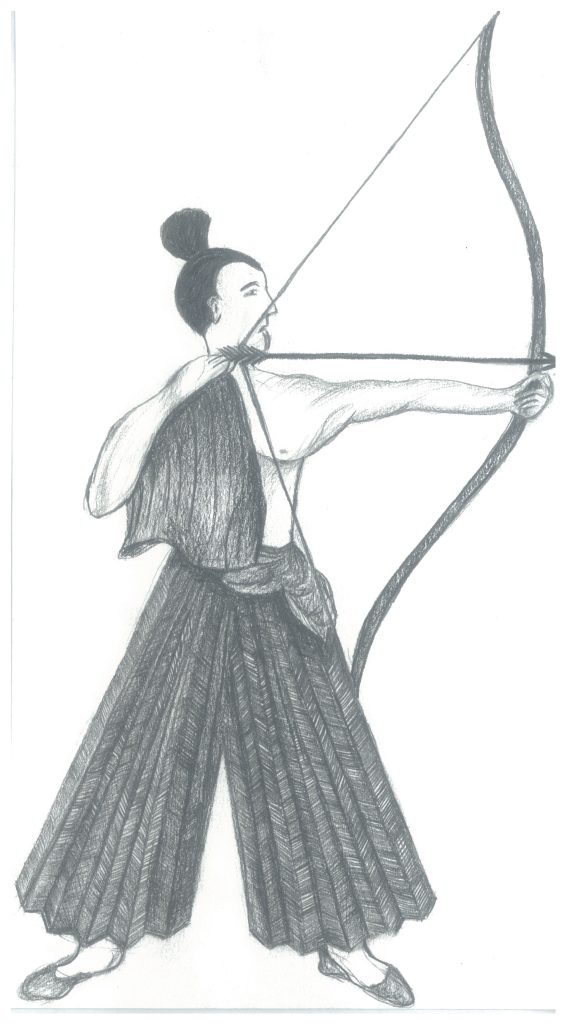 We can define two modes you can act in at every moment of your life:

When you act like a hunter, you’re being driven by love, its physical manifestation (energy), and its intellectual manifestations (curiosity and creativity).

When you act like a sheep, you’re being driven (or rather, held back) by a mix of paralyzing fears and inertia.

It’s very important that no matter what you’re driven by, we’re looking at your actions. You may have fear to do the right thing and still do it. We’re humans and you’ll never have perfect feelings but you can still make healthy choices most of the time. The main idea is:

Can we divide our actions in just two categories (desirable and undesirable next thoughts and feelings) so we always try to make choices from the better group? Yes, with some deeper understanding.

When a Hunter encounters a small to medium size problem:

They have a quick, small active solution, based on love and creativity. 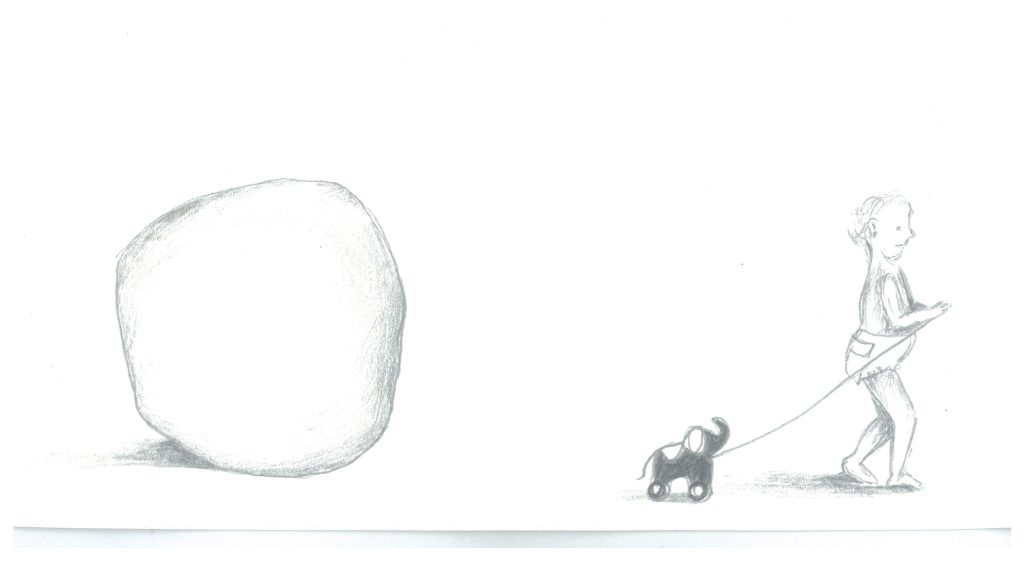 They dismiss the problem as not worth solving and forget about it, moving on.

When a Sheep encounters a small to medium size problem: 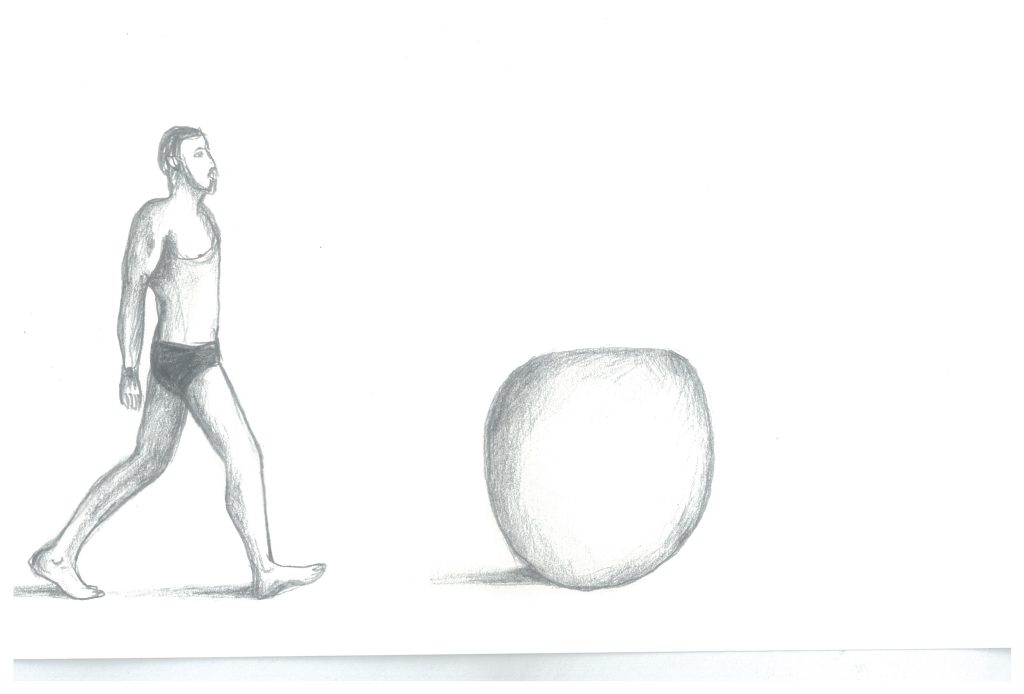 They want to solve it but have no solution and feel helpless, lowering self-esteem below healthy levels (passivity) 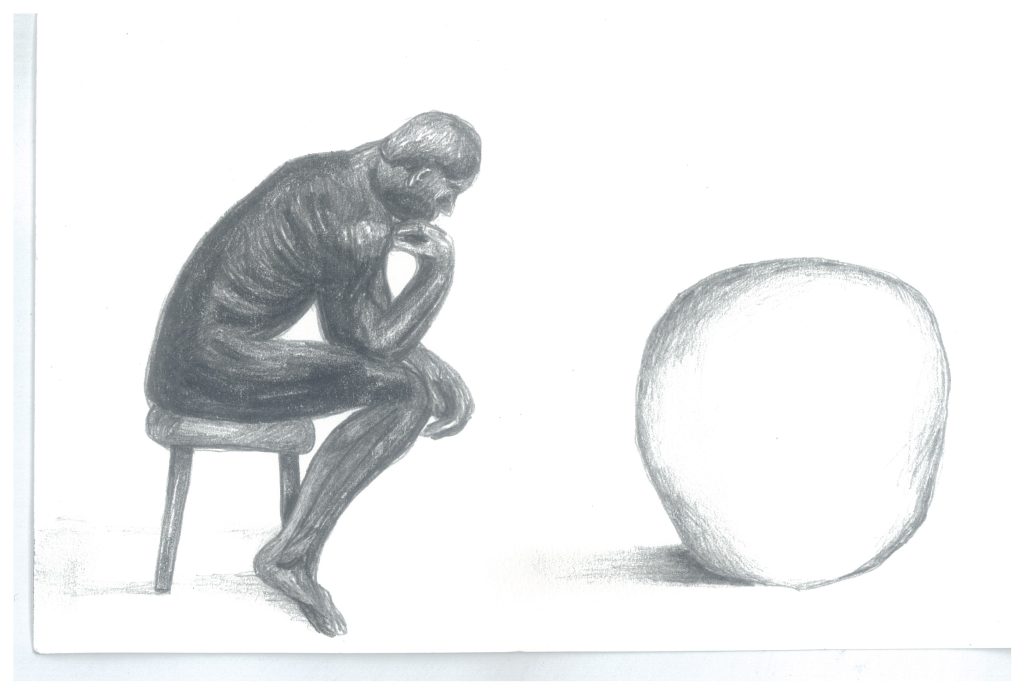 Often internal fears blow the problem out of proportion: 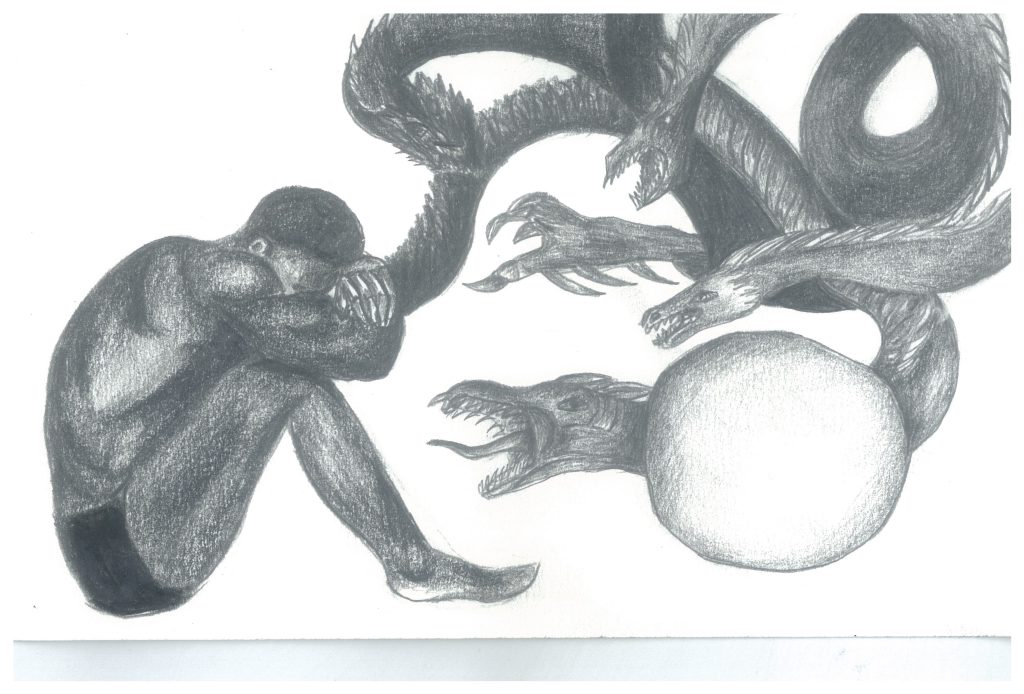 And they come up with a big, extra safe, slow solution (an overkill and waste of time and resources) 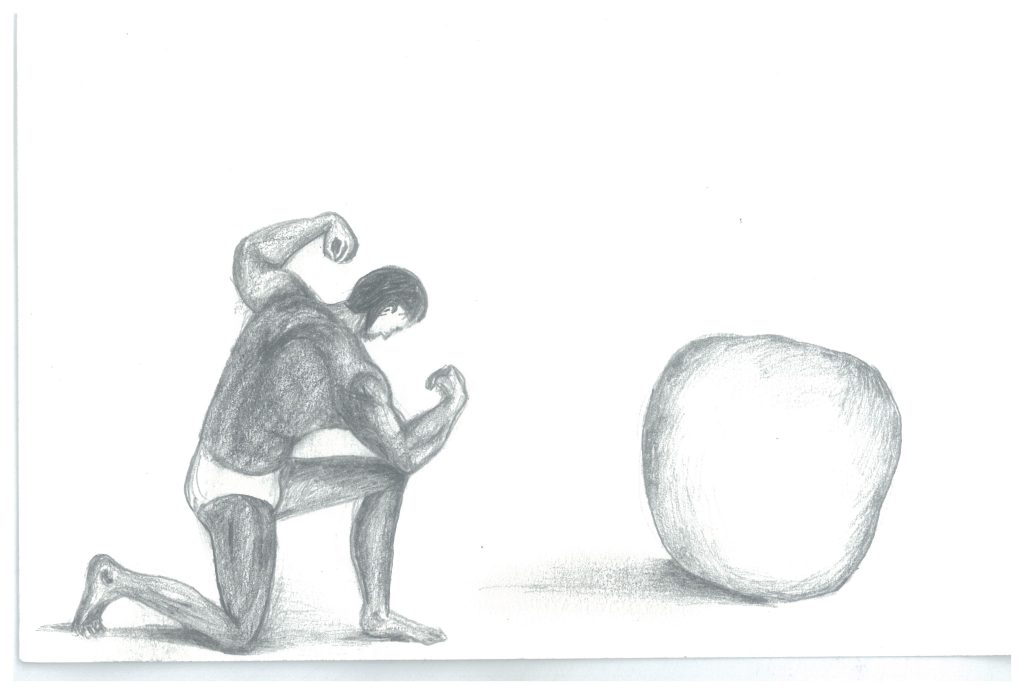 or
They have a passive-aggressive solution, based on fear, that often does real-world damage to others (raw fear)
or
They ignore the problem but can’t forget about it and go through a downward spiral of thoughts (self-harm) 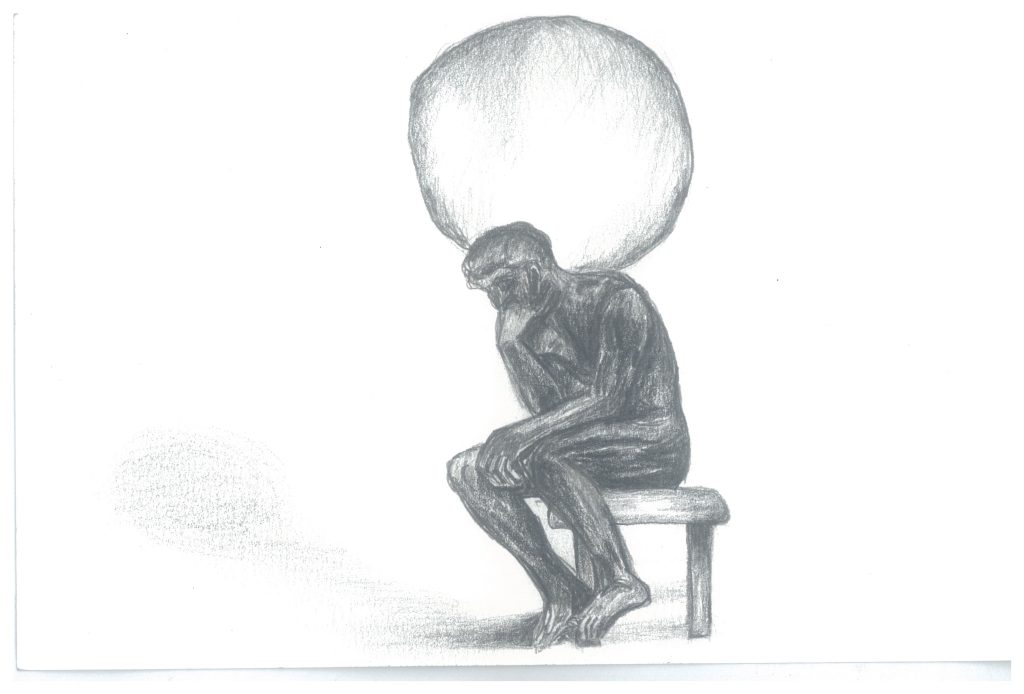 (Of course, this is just from an emotional standpoint. The active solution of the hunter may be pointed in the wrong direction and leave them in deep shit due to incompetence or bad luck. But at least this will make them learn something new, unlike the sheep, who are just very stuck in everything they do).

When failing:
The Hunter has already moved on before the failure is confirmed; Gets extra motivation and becomes even more of a Hunter; Remembers you can’t win all the time in life, that random factors affect everything. Also doesn’t overanalyze as humans get a better perspective after some time has passed and more experience has accumulated.

The Sheep takes it as a personal failure; Points all blame either inwards or to someone else, forgetting the randomness and complexity of life events means for most failures there is no one in particular to blame. Self-esteem drops and extensive useless analysis is done, wasting time and energy when no good reasoning can happen in a biased mess of facts and emotions.

When succeeding:
The Hunter takes success naturally, doesn’t brag or celebrate, and already moves on to the next piece of the big picture; Makes sure every success has Added value;
The Sheep rarely succeeds, to begin with. They often mistake achievements for success. Success actually has 3 components:

When we sent people to The Moon for the first time (Achievement) we spent about 100 billion dollars in today’s money (Effort) to send 2 people to a place that is so unfriendly, they had to come back immediately in order not to die.

The most expensive trip in history was worth it though because it inspired a generation, and you cannot put a price tag on that (Added value).

When the Sheep succeed, they often look at the Achievement (after all this is what the world sees and you can put on your CV) and not the Added value, which is usually the key to future success.

When the Sheep decides to commit 4 years to graduate IT in an average university, the Achievement (Degree) is minuscule compared to the Effort (4 years of studying + money paid). The Added value in stuff learned is not enough as you can learn IT at home in 1 year by actively doing the things at a faster pace having the joy of inventing stuff instead of copying it.

The Hunter will learn the same in 1 year while building some project that can potentially earn money, rather than spending. Sure, no degree, but Hunters don’t need degrees, only Sheep do. If any job requires a degree to get in, it’s a place run by Sheep for Sheep and not a good place for Hunters anyway.

(This example does not apply to all careers, of course, doctors are an obvious example of learning by breaking stuff not being ideal. But it does apply to more than half of career paths in today’s society). 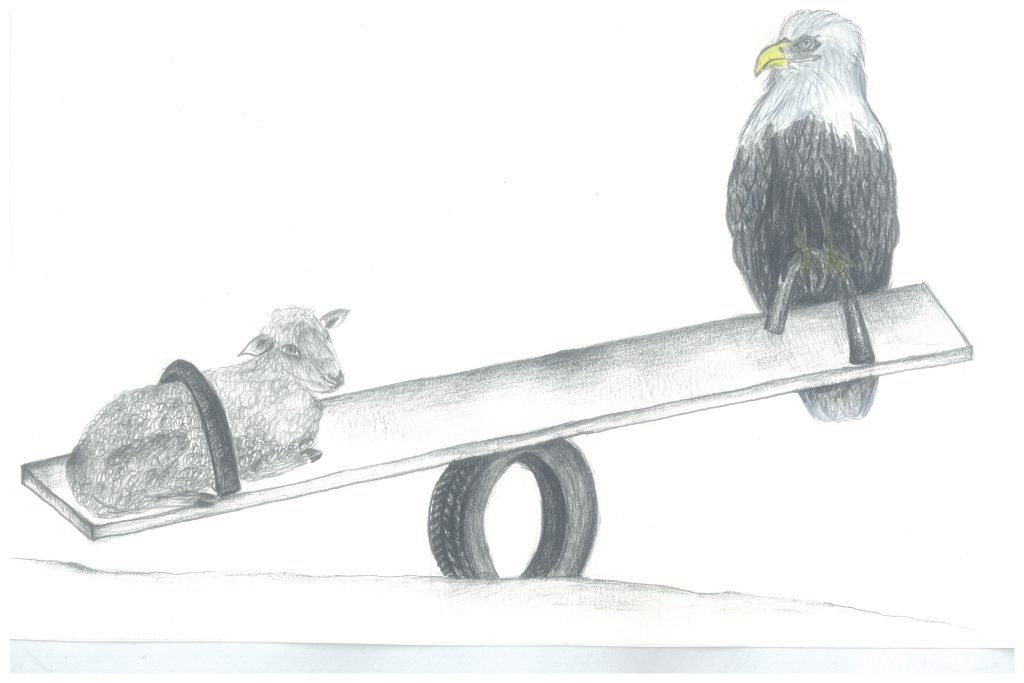 So it’s not the moves themselves that matter that much, it’s the mood you’re building, the direction of your life. While always being a mix, a few hunter moves and you get close to 100% Hunter at the moment, while a few Sheep moves and you’re getting close to 0% Hunter and 100% Sheep (bweeeeh!). The stakes are high for each move since getting stuck in Sheep mode for a long time is how most mental shit in life happens. But remember, proximity on the timeline matters! Even if you made 100 Sheep moves in a row, 10 Hunter ones and you’re back in the game, at least emotionally. You’ll still have to fix any real damage done but at least you’re feeling better now, you’ve turned the tide.

Being a Hunter against the evolutional powers of social fear and inertia is an eternal effort but take it on the bright side – how many other problems can you solve 24/7, never having to wait? A lot of our life is spent preparing for the most important moments, well guess what, if you want to be a Hunter in 10 years, being a Hunter at the moment is all you have to do to increase your chances. No planning is needed, it’s that simple 🙂 One habit to rule them all to make a LOTR reference 😀

Hunter mode is also very closely related to happiness. The happier you are, the easier it is to get into hunter mode and keep being happy. While if you’re unhappy, a transition to hunter mode is one of the best ways out.

All of this direction thing may seem an oversimplification, how can we assign a binary value to… life?

In fact this is not what we are doing. There is an important context for the Hunter-Sheep battle:

This concept is powerful not because it’s immediately life-encompassing. It’s powerful because its effects touch everything in your life long after. Because any Hunter or Sheep act in the present affects both your Game of Self and Game of Life growth. Because it’s experience and learning and joy vs. the acceptance of fears and barriers. And these are opposite directions with totally different responses in your body and brain, both biological and phychological.

But powerful and important is not enough. The key is that it’s doable. Our actions are way more in our control than our birth circumstances, feelings or thoughts.

Not being born in Afghanistan is important to your happiness but can you change it if you were? You cannot change your family, upbringing and all the love or hate the world will unleash on you. But no matter what, you have choices and can try to be a Hunter. This is the best you can do to help yourself.

And if your goal is to do nice work and have enough money and freedom… This can be achieved with Hunter moves because our economy is built to reward them. Fast-paced trial-and-error and step by step improvements are at the core of starting and running a business.

In I.GY we’ll help you differentiate Hunter and Sheep moves whenever we can, if this paradigm is new to you. But if you look into past choices, be sure you’ll spot how bold Hunter moves changed your life for the better.

Positive change in life happens only in 3 ways: 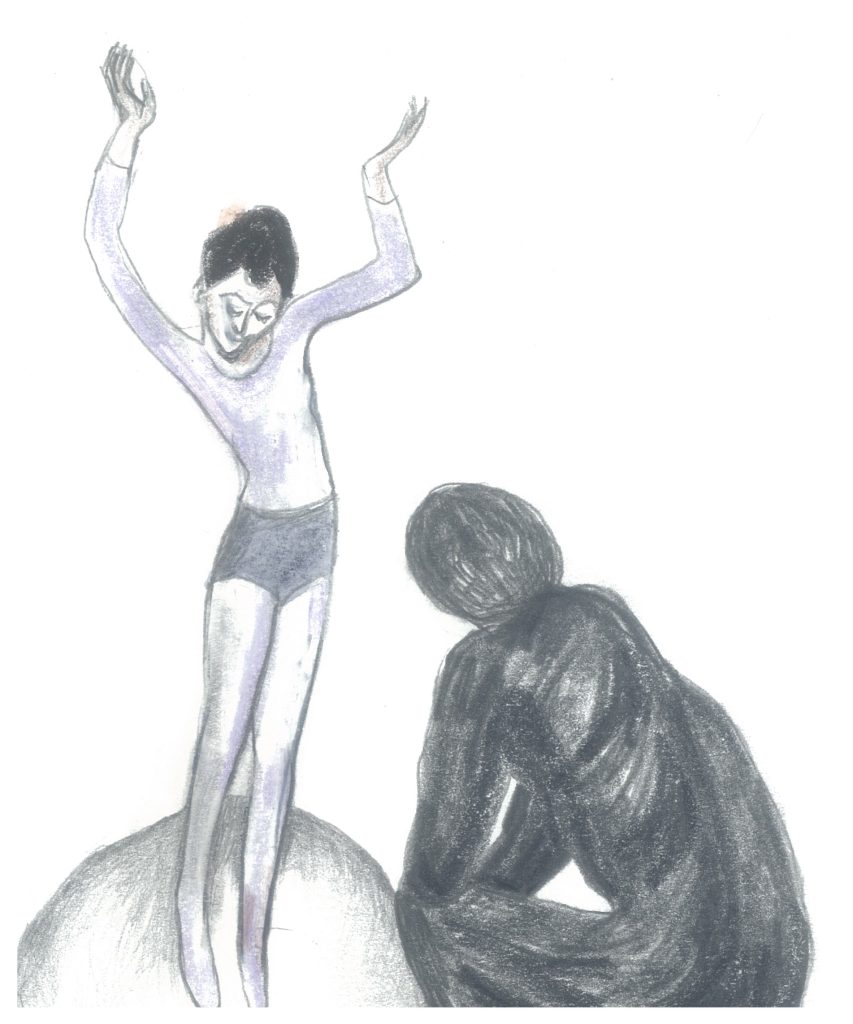 So how do the downward cycles end if you don’t happen to fall in love and life doesn’t happen to shake things up? You’re surely deeply in Sheep mode by the end of a bad cycle so how does the Hunter take back control? 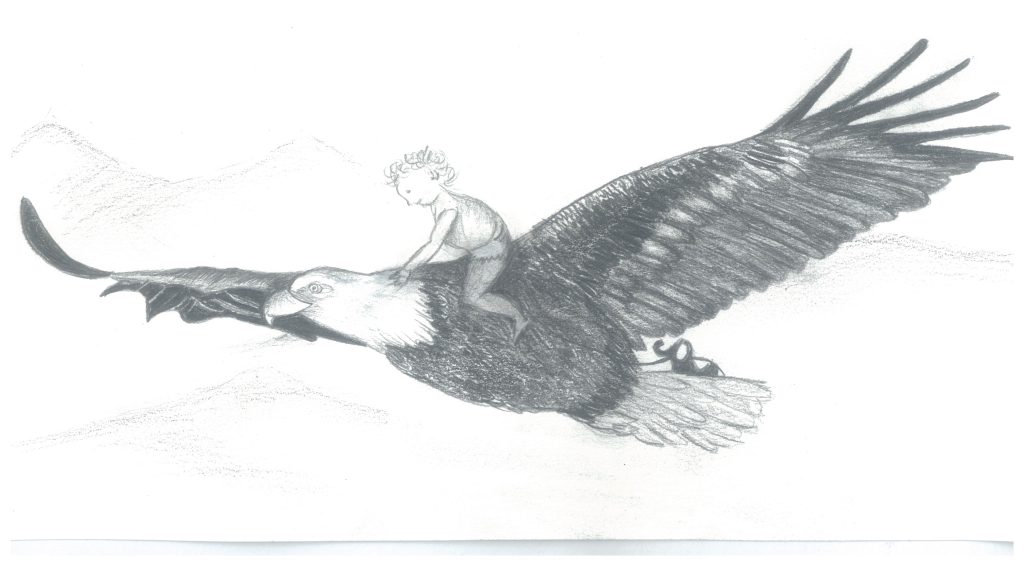 When shit hits the fan and you start feeling really shitty a fourth way comes along to help if love and life changes are not in sight. The brain starts to look for addiction in order to reset. People often start smoking, drinking, overeating (especially sugar), gambling, and doing dangerous drugs which you should avoid at all costs, no doubt. The better alternatives are social connections with your loved ones and (situationally) better mental drugs.

Mental drugs have limitations since it’s more like hitting a reset button when you’re falling down. Since unlike the other 3 ways it’s most useful for stopping regression, it belongs in its own category than the other 3:

– Your brain can become high on a mental drug (think anything between playing a competitive non-gambling game and religious faith). This replaces your troubled brain with a temporary emotionally stable brain high mostly on dopamine (in the case of games, which have a wide array of good and bad sides for your brain) or oxytocin (in case of spiritual experiences), which has the space to start hosting healthy thoughts if your environment and the people around you are fertile for those. Use situationally and with caution and keep in mind there are better ways to become a Hunter again. I just had to mention it because in practice many sheep cycles end in some form of light addiction that gives our stuck self a purpose again. 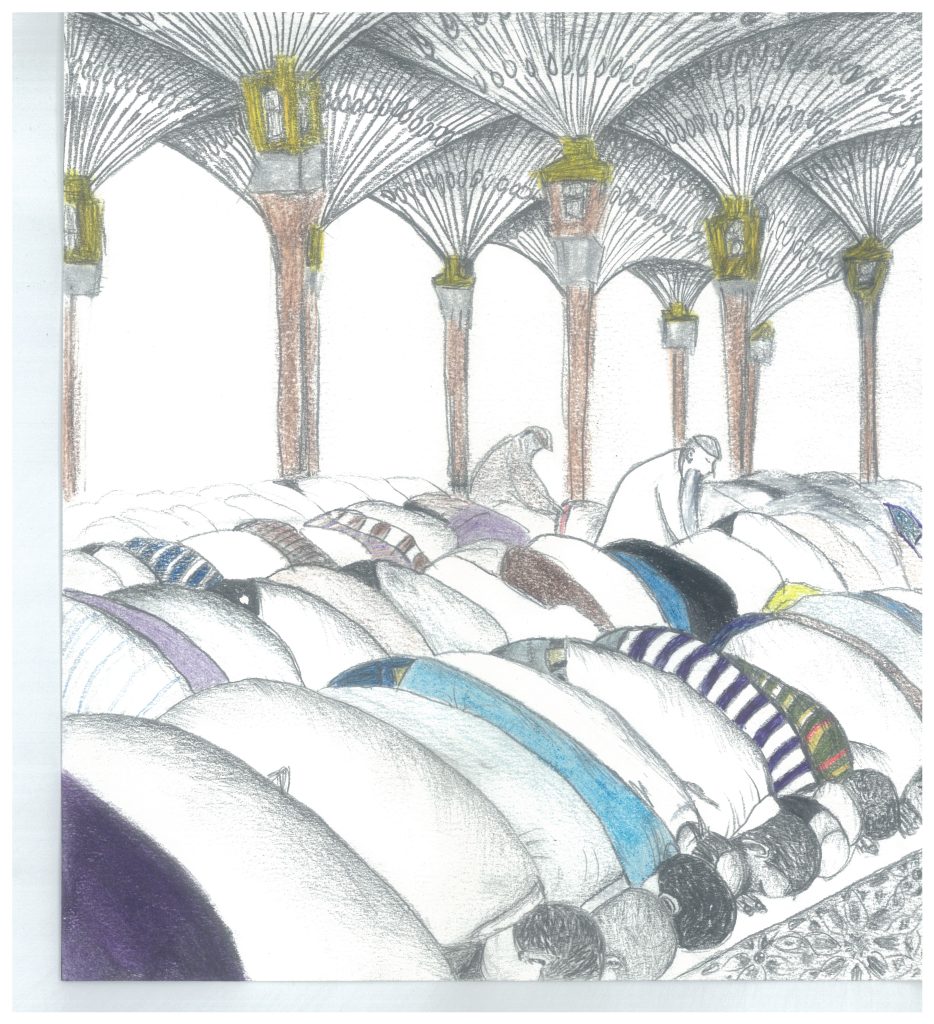 *I am not a psychiatrist and I’m certainly not qualified to give advice in case of serious trauma, addiction, or clinical depression. In such a case consult a mental health professional. It’s a Hunter move to do so right now.

© I Grow Younger - The fun self-help blog. All rights reserved.